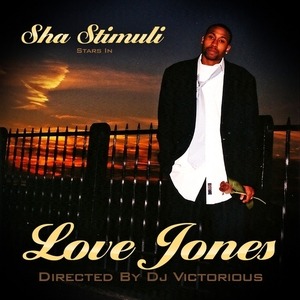 In the spirit of the Valentines season, HipHopDX approached four emcees to ask them not about their music, but about the things most closely associated with February 14th. In the second segment, Kno (of QN5’s Cunninlynguists) and Brooklyn’s Sha Stimuli sat down to talk about their worst dates, first kisses, and what songs are on their “get it on” playlists. Read on to see what happened when Kno dated a stripper, and let Stimuli define  the concept he refers to as “post-nut syndrome.”

HipHopDX: What was your worst date ever?

Sha Stimuli: I’m not really a dater like that. I didn’t really have bad ones, but I had a situation where my cards didn’t work when it came time to pay. I had to express the reason why. That was kind of bad. But there was one worse than that, now that I’m remembering. Some girl had asked me out that day to go out with her to lunch, and I told her I couldn’t but I didn’t say why. I already had a date with different girl, and the girl that asked me out ended up walking into the restaurant where we were at. I pulled her outside and talked to her and was like, “I’m not with you, I’m not with her, why are you upset?” She wasn’t mad. We finished the food. The best part was there was an old lady at the next table and she was like, “If you don’t want either one of them, you can roll with me.” So it turned out okay. There was another time I was with the same girl in a restaurant, and a friend of another girl I was dealing with saw me, came and sat down at the table, and was like “You know I gotta tell my homegirl.”

DX: What did you do for Valentines Day last year?

Sha Stimuli: I was trying to remember and I have no clue. I don’t even know what state I was in. Last time I celebrated Valentines Day was like eighth grade. I got cards, balloons, some crap for this girl I was dealing with, and she didn’t come to school! It really messed me up. There were no cell phones back then, I was trying to figure out what happened. I went to the pay phone and called her house, she didn’t answer. All these things went through my mind. Maybe she’s having sex, all these crazy ideas. Found out the next day she just didn’t feel like coming to school. I was crushed, so I was like I’m not celebrating this stupid day again. I been anti-Valentines ever since.

DX: Well, then what would your perfect Valentines Day have been?

Sha Stimuli: To be real honest and corny, if you’re with someone and you’re really feeling them, I don’t think you should wait until Valentines to celebrate it. I’m so left-field, I’d probably do something on the eighth or tenth, just to throw people off. I’d hate to be a slave to a national holiday just made so Hallmark can make money. I’m weird like that. The day of? I wouldn’t care.

Sha Stimuli: Some people may think it’s hygiene because of my “Smelly Cat Song” that I did. That’s definitely one of them. Probably the biggest…you know what? It might just be hygiene, now that I think about it. I think about personalities that really turn me off, but there’s no one thing. You know how you just don’t click with someone and you can pick that up really fast? I definitely don’t like people that aren’t intelligent. You can have ignorance, and not know about certain things, but then there are people who are obnoxiously unintelligent and act like they know everything.

DX: So if there’s a woman who has great sex, but is dumb as rocks, do you stay?

Sha Stimuli: I stay for a while. But I don’t stay forever. You have to think about really spending time with somebody. You can sacrifice certain things. Sex can take precedence over other things, but at some point you’re going to really have to be around this person. I think about the long term. Meeting someone’s parents, them meeting my family, sitting on a couch having a conversation. There’s something called post-nut syndrome that I don’t think a lot of people, including women, know about. After the orgasm, everything changes. You look around the room and look at the person. You think about all the things you said to get them out of their clothes. Then, reality hits. I don’t know if every man goes through it, but I know a lot of us talk about it. It’s serious and sometimes you want to just disappear. I prayed for teleportation power but it never really happened for me, I’m still working on it.

DX: So what do you look for in your ideal woman?

Sha Stimuli: I would want someone proportionate physically. I don’t need the crazy big stripper ass or double D’s, but I need someone shapely. Something nice to hold onto. I like pretty faces. That always wins a lot of arguments, if I look at you and you look good, I’ll shut up and I’ll be like “You know what? You mad pretty. The hell was I thinking?” I like natural. I’m not into the expensive weaves and implants and all that. I don’t mind if a girl changes up her style with a weave here, a wig there, but I want somebody confident enough to rock their hair and it be no big deal, like “yeah, I’m rocking a weave today.” Just a confident woman. Someone well-rounded that can listen to Prince and then want to go to the opera. Different things. Someone understanding and willing to compromise.

DX: So let’s say you find that perfect woman, but the sex is wack. Do you stay?

Sha Stimuli: I’ve heard that you’re supposed to. The 80/20 rule suggests that something is going to be fucked up. Something about that can be learned. Maybe. I don’t know. I think that’s the question for the ages, man. To find all of that and then something like that is missing? It’s like the girl that can’t cook. You get her some cookbooks and hope that she works it out. Thing is, if you find somebody understanding, and willing to compromise, and is a good communicator, then you can throw throw those things out there and hope she picks up. But if she doesn’t, there’s always the mistress. I don’t know how that works. I think I need counseling.

DX: Do you remember your first kiss?

Sha Stimuli: Yeah. There were a couple of first ones, I don’t think the ones when I was a little kid kissing my babysitter counted. I think when I was 11 there was a girl on my block, who still lives on my block, she was like 13. I kissed her outside for mad long. I don’t know what the hell I was doing, I just know our faces was covered with saliva, it was real nasty. It was practice. I found out she liked me through somebody’s backyard reggae party. Then it happened. I’m glad I got it out the way, because after that I figured I should tone it down a whole lot, keep the spit on the inside, and maybe I’ll get better. And like a year later I was pretty good. I was one of the best in junior high school. And that girl became my first ever. I think I had sex with her. I think. I’m not sure. See, growing up in Flatbush, Brooklyn, you tend to lie a lot about your first time. So from 11 to 14, I had already told everyone I had done it, and I started to believe the lie. And I kind of forgot when it really happened.

DX: Have you had an embarrassing moment that went down involving the opposite sex?

Sha Stimuli: Yeah, I kind of have a Rap career though…[Laughs].

DX: If you had a playlist to put on, for getting it on, what would be on it?

Sha Stimuli: Prince. Probably D’Angelo’s “How Does It Feel.” R. Kelly. I don’t think I can give the rest away. We used to have these tapes, cassette tapes, when I first got to college, and we called them “guaranteed.” Like you’d throw them on and it would be guaranteed. Just real classic songs that people wouldn’t expect.