“As Hip Hop Changes, So Does Its Woodstock ” Rock the Bells 2013 News Conference & Launch Recap 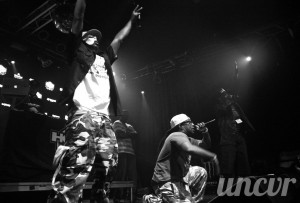 Hip hop hasn’t been the same since (insert year here). Compare today’s music with that of 3 years ago and you can see a contrast. Next, compare that time period with that of 5-6 years ago, and even 10+ years.  Some say that hip hop is evolving; critics say it’s degrading, but however you look at it, it’s changed dramatically and will continue to do so. Even for event producer Guerilla Union, a respectable activist for the essence of hip hop, change isn’t avoidable. Guerilla Union strives to maintain “real” hip hop, while selling tickets to their major events such as Rock the Bells, and with the ever-shifting ears of today’s fans, those classic names pull people through the gates like they once did. This past Monday, Guerilla Union hosted a news conference to announce the second wave of acts for Rock the Bells 2013 and this shift could be seen. As tradition goes, the legendary Supernatural freestyled the lineup. There were the usual Rock the Bells mainstays: Wu Tang, Common, and Jurassic 5; the new blood: Black Hippy, J Cole, Tyler the Creator, and Action Bronson; and more underground names: Bodega Bamz, Earl Sweatshirt, Dilated Peoples. Then Supernat dropped some acts that made me scratch my head: Riff, Raff, Girl Talk, Mimosa, and Pretty Lights. These names didn’t fit what the traditional Rock the Bells mold. Riff Raff is a character while the later 3 were more on the EDM/ dance plane.

“It’s important to acknowledge the bridge being gapped between hip hop and EDM. They’re no longer two exclusive genres and we’re starting to see major overlap between both styles,” said Chang Weisberg, President of Guerilla Union.

For a hip hop nerd like myself who’s always supported Rock the Bells, I questioned his reasoning. Last year, Rock the Bells expanded to span over 2 days to rival other music festivals and now, it’s including hip hop/ EDM blended acts. At the end of the day, it’s a business and they trying to maximize profits, and these moves were done to bring in a new demographic of fans. The more “classic” names still stand out on the bill, but there is an equal amount of newer/ younger acts, who sooner than later, will take over the festival. A majority of the artists on hand at the news conference were of the new wave: Flatbush Zombies, Bodega Bamz, Mimosa, and Pretty Lights with Immortal Technique being the only “long lived artist”. Rock the Bells does a great job of avoiding that “commercial/ mainstream” label and sometimes I think that hurts them because most of the big names in hip hop are simply that. 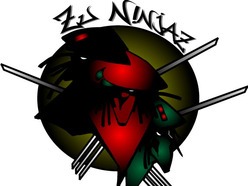 After the conference, the general public was allowed into the Highline Ballroom for a kickoff concert, which featured Zu Ninjaz, Flatbush Zombies, Immortal Technique, and Inspectah Deck. The fans didn’t know who to expect and were hoping for a big name like J Cole or Kendrick Lamar. Let’s say there were a lot of disappointed faces at the end of the night, especially if tickets cost $30. It was wickedly humorous to see everyone get hyped when Wu Tang’s DJ was warming up and to only have Inspectah Deck show up. Many hearts were broken. On a positive note, Zu Ninjaz really impressed me and everyone should check them out if you like that Wu Tang sound.

Hip hop is changing and so is its grandest festival. To what extent will Guerilla Union continue to add nontraditional hip hop acts to future lineups? How long before names like Wu Tang and Nas are no longer the main sell? In a very saturated genre, which artist wills step up and claim legendary status? Overall, the lineup still looks dope and I greatly look forward to attending.  Wu, J Cole, Common, Jurassic 5, Bone Thugs….that’s worth it right there. Rock the Bells is taking place October 4th– 5th at the Meadowlands Racetrack. Tickets are available starting at $150 for both days, which is a pretty good deal in my opinion. Purchase them here.