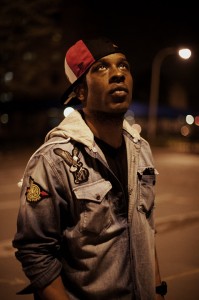 Timbo King will release his long-awaited first solo album titled ‘From Babylon To Timbuk2 on August 30th. It will feature RZA, Killah Priest, R.A. The Rugged Man, Jr. Reid, Hell Razah, Akir, and William Cooper. The first single is called “Tombstone” and is produced by Bronze Nazareth who handled nearly half the album.