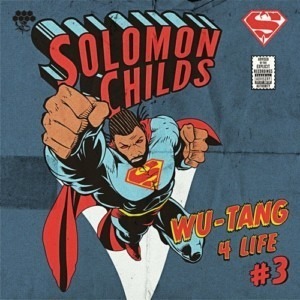 As both a young veteran of many Wu-Tang Projects, including most notably those by Ghostface Killah & Cappadonna, Solomon Childs (formerly Killa Bamz) has certainly come into his own. His gravelly voice and streetwise lyrics have established him as Wu-Tang’s street king, as well as an underground fan favorite. The third release in a trilogy called “Wu-Tang 4 Life” brings Solomon Childs aka Red Heroin to the lyrical forefront, featuring Kool G. Rap, Project Manzu, Nje, Nova Kane (American Poets 2099), Jus-P (Shadow Clan), G.S. Advance (Shadow Clan / Broken Home), and his very own crew, Killa Mob. This release features nothing but gritty underground Wu-Tang style beats, mixed with that old school soul sound that made him famous. Solomon Childs to the rescue, bringing us back to the grain! Get the album in the following stores and check out the tracklist below.
– Chambermusik Store
– Amazon
– UGHH
– CD Universe
– HBDirect