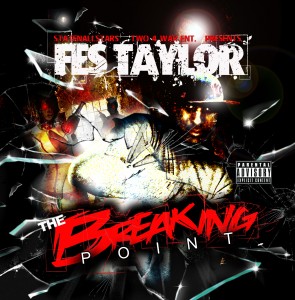 You might feel that we’re not giving you much this week since that in today’s world information is usually free. But when you’ll see the tracklisting for Fes Taylor’s The Breaking Point which is dropping August 23rd on Chambermusik/Fat Beats, you’ll probably want to send your money right away. Checkout out below for the freebie…