Kanye, Raekwon and Justin Bieber on the same track?!?! 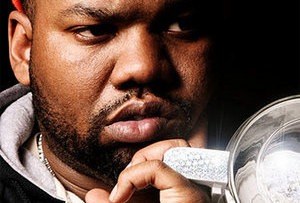 Fans can thank Twitter for bringing together the unlikely pairing of Kanye West, Justin Bieber and Raekwon.

It all started earlier this week when Ye and the Canadian pop singer went back and forth over the social networking site about how much they love each other’s music. Seemingly, out of nowhere, the Louis Vuitton Don asked Bieber if he would be interested in doing a song with him and the Wu-Tang spitter. “I’m honored that you like my Music @JustinBieber!!!” he wrote. “You gotta hear the album. Maybe we can do something together. Me, You and Raekwon.”

“Me, u, and the chef 2gether on a song = EPIC,” Bieber responded. “Might sound crazy 2 u but even having this convo is living the dream. Thanks.”

Well, XXLMag.com just got off the phone with Rae, and he says the song is already in the works. “It’s definitely gonna happen,” he said over the phone. “When you got these kinda talents merging together to do something exciting, I think it’s something that’s gonna make the fans check it out. I’m big fans of both of these guys. I think, at the end of the day, shorty is a sensation. And [for him] to acknowledge me it makes me feel good that the young generation is checkin’ me out like that. And at the same time it gives me a position to play a big brother in the game. He wants my assistance or whatever he can get it. I respect him, I like his style.”