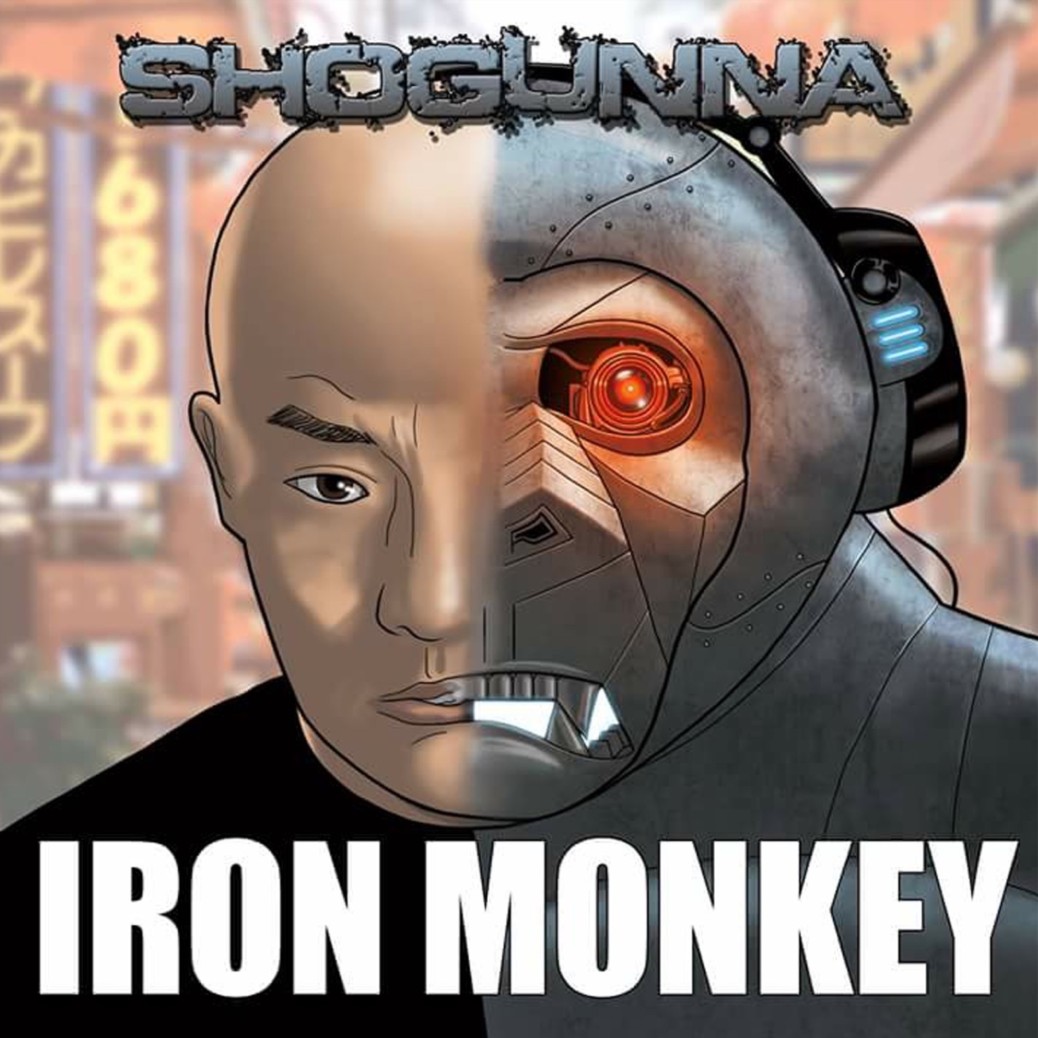 Shadow Clan member Shogunna comes together with West Coast Killa Bee producer Anthai the Protagonist (71Raw), for an intensely lyrical solo project, entitled Iron Monkey. (in stores now) This is a dope ass album of real raw Hip-Hop with a Wu-Tang flavor, so cop it now!

Iron Monkey is a classic collaboration between Queens, NY Emcee of Korean descent, Shogunna of the notorious Shadow Clan, and 71Raw’s L.A. underground legend, producer Anthai da Protagonist, who happens to be of Vietnamese background, and closely associated with the West Coast Killa Beez (Wu-Tang).
Change is a hard path to follow, but just as monotony can doom you, change can be the best eye-opener for someone who is determined to overcome the obstacles life presents.
Shogunna’s story comes from that of an unrefined street-life tale; an evolving journey of a rebel without a cause, to an artist with a mission. Born and bred from the blocks of New York City, Shogunna’s music is infused with a heavy inspiration of hiphop’s golden era, when it was prospering as a new revolution for art & culture. The influence, coupled with the depiction of life growing up in the unforgiving streets, one can feel the struggle and pain through his lyrics, rhyme by rhyme. But it’s really more than just the power of his raps where you see the progression of lessons-learned to reform. Coming up under the street/triad code, it can be intimidating for the uninitiated to understand the choices Shogunna has made. It’s definitely hard to not give up in circumstances where you’re at the lowest, but it’s certainly a feat to turn that negative into a relentless determination to change.

Some stores you can buy at: