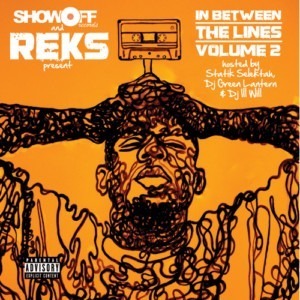 Download Reks featuring Sha Stimuli and Reef The Lose Cauze “Get Rowdy” produced by The Bassheadz off ‘In Between The Lines Volume 2’ hosted by Statik Selektah, DJ Green Lantern & Ill Will coming soon.

In Between The Lines Volume 2 will drop November 23rd for free download.