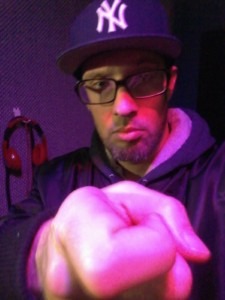 P da Rebel: With an album title like Blue Lion Chamber, most people will think you’re affiliated with Wu-Tang. Was it a deliberate decision?

REALZ: no, it wasn’t based upon that. I am part of the Crimson Godz. a crew that was started by Kenyattah Black, Vast Aire, n Vordul Mega. I’m part of IGC, the Iron Galaxy Clik and was asked to hold down the Blue Lion Chamber of the Crimson Godz as well. for example Double AB , also part of the crew was asked to hold down the Green Lion Chamber. This was during the time of the Cannibal Ox reunion and birth of the Blade of The Ronin album as we had been touring for the past 3/4 years. So It was during this same time I had started working on the album with Falling Down. The beats were befitting of the Blue Lion Chamber title as I was entering a new chapter or chamber making this album and reppin for and establishing the Blue Lion Chamber. I have my own chamber so I can add on to it with my own crew like Black God, World Be Free, Rage, D Flow, etc. So I can see the relation as well, people associate Chamber with Wu. I will say that Wu is definitely a great inspiration to me for sure and I definitely salute and pay homage to  Wu Salute, Wingz Up. Falling Down the producer for this whole album and he got his start producing for Killarmy and he is Wu Tang Affiliated for a long time so it may be reminiscing of that kind of sound. I think it also has its own spark tho, we make our own flavor, the beats were carefully selected. The actual Crimson Godz album is currently being reconstructed but look, listen, and obverse for news on the project, its gonna be classic. It was actually the recording of the Crimson Godz song SilverHawks with Kenyattah Black, Vast & Vordul that helped to inspire Cannibal Ox to make a new album. This Blue Lion Chamber is a branch of the Crimson Godz

P da Rebel: You were able to reunite half of Killarmy on a track. How did you made that happen?

REALZ: Really that was all Falling Down, again, he has a working relationship and history with them so he got them on the song. This song is like 3 years old, its crazy, There was supposed to be a remix of it for this album as well, that unfortunately didn’t happen. But it is an honor to be on the track with them, I salute them, Killarmy is one of the greatest groups of all time in my opinion.

P da Rebel: How did you hook up with Vast Aire?

REALZ: Me and Vast linked thru knowing mutual friends in the underground like Lifelong and thru doing shows. This was during the time of Code of Omerta 2011. Me and Kenyattah Black became tight, I was building heavy with Life, Elohem Star, Kenyattah, and Vast. This was right before the whole Cannibal Ox reunion tour started poppin off. Me and Vast became tight because we were both writing books so we would be building for hours on that tip. So when the reunion came around he was like “yo Realz, you need to come on tour and spread your music to the world, he said Allah is seen and heard”. I was down with the idea from jump and in support of one of the greatest duo’s hip hop has known thus far, Cannibal Ox, it was and is a great honor.

P da Rebel: Your album is mostly produced by Falling Down. What do you like most about his sound?

REALZ: I like his choice of samples and his style of chopping, I like his drums as well. I like the raw feel, also he can get soulful too. This particular album I feel definitely has its own sound and that’s due to him. I know that he can also produce another variety of styles as well.

P da Rebel: Who are some of the artists that inspire you today?
you know, I don’t really listen to too much man, every now and then I peek and glance, but I really been so focused on my own craft and inspiring myself, u know , being my own inspiration. My original team is either dead or in jail, one of my best friends Bourne Grimey constantly is giving me inspiration even tho he is in his doing 10 in the feds. RIP Zilla , he was part of our Lama team and he was murdered, he was a powerful emcee and artist, he coulda made it. he was and still is an inspiration, I feel he is watching me and is with me and I’m doing this partly for him and Grime, cause they can’t. So I inspire to be one of the greatest lyricist period myself. 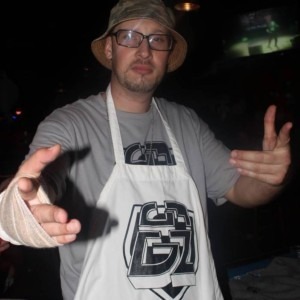 P da Rebel: What can we expect from you next?