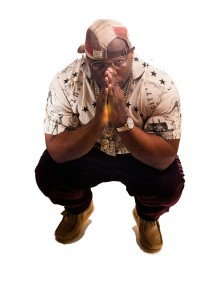 For certain people, things tend to just… happen. When speaking to Queens-based rapper Meyhem Lauren, very little seems to phase him as far as the various events that have guided his life; from his origins as a graffiti artist, picking up the microphone and being mentored by NYC underground mainstays such as Thirstin Howl III or J-Love, or witnessing good friend Action Bronson become one of the more popular faces out of NYC in recent years. “Both Thirstin and J-Love showed me the works.” Lauren remarks, “They just tried to instill that work ethic in me to keep recording, keep writing, keep making videos. And I just polished those jewels as time ran on.” There’s little of the usual ego here, no expectations of reward, but a definite natural instinct and sense of ease with rap.

Meyhem Lauren isn’t one of the breakout stars who tends to gain the awe and fascination of the hungry media-dominated age of today’s music. But he has been working for what has been the approach of a decade, honing his craft on various projects, alongside Bronson, a friend since their middle school days, bonding over mutual appreciation of their Wallabies. Obviously Action Bronson has now ascended to great heights, seemingly approaching a level of notoriety most rappers dream of. For Lauren however, he finds the rise of his good friend ‘inspiring’ and informs that the duo still collaborate and associate together.

It’s this casual air that seems to make fans gravitate to him. Yes, he flows with the aggression of his borough’s most innovative MC, Kool G Rap, with a voice that has the subtlety of a bull in a china shop, practically grabbing a listener by their collar. But for all of his tone, he never seems laborious like so many artists who claim to be giving it their all for hip-hop. “I’m just trying to make something dope.” He opines. “When people try too hard to make ‘real hip-hop’, it sucks. I’ve never heard a song where someone’s preaching that, and it’s good. Just make real hip-hop, don’t preach about it.” And it’s just this innate sense of comfort that explains why “Silk Pyramids” seems to be a recent contender for one of the hottest rap albums of the year.

Part of this can reasonably be attributed to the producer of the album in question, Buckwild. A journeyman of the 90s. who’s produced commercial radio hits in addition to choice deep album cuts and remixes for some of the greatest East Coast acts; from Organized Konfusion and Kool Keith to OC and Black Rob, Buckwild has played his role. It’s a formidable background that one would think that when faced with the concept of working with as accomplished a beatmaker as him, Meyhem might begin to feel the pressure; but of course, the man remains unflappable. “No pressure in a negative aspect. I have to do everything A-1, but truth be told I try to do that every time I make music.” It doesn’t matter if the producer is the French Montana affiliated Harry Fraud, frequent collaborator Tommy Mas or the venerable Buckwild, Meyhem Lauren is as steadfast as always. “I’m at the point in my career where I don’t have to do anything I don’t want to do. I know that might sound crazy or even obnoxious, but I’m incapable of doing something I don’t want to do. So every time you hear me, it’s me putting my heart into everything I do.”

Some of this might be based in his diligence, something hard to find in the boastful, occasionally insecure tendencies of most current East Coast rappers. He may call home borough of Queens “The Galaxy”, but even the resurgence of NYC rap in media circles or the drama of East Coast personalities clashing in this more diverse 21st century musical climate. “I get put in the positions of New York representative, hip-hop representative, 90s representative… But I’m just trying to make good music, I don’t think that I’m trying to do this for New York, or for hip-hop or whatever.”

Other projects remain on the horizon, involving producers such Harry Fraud and DJ Muggs, but the same way he’s always done, it seems Meyhem Lauren is the kind of person who can be depended on for reliability. “In retrospect, I never had a plan or anything such as that.” Meyhem admits with deference, reflecting on his good fortune and prospects of rising success. “I just stuck with what I happened to like.” With such a poised take on music from such a commanding presence, it’ll be interesting to watch Meyhem Lauren’s continued progression. But without question, it seems guaranteed that he’ll be one of the faces who remain for a long time.