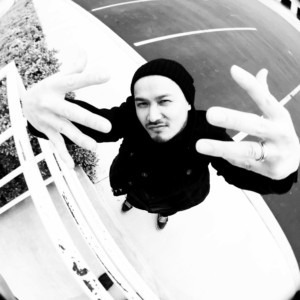 Anthai has a new EP titled “The Prince“. It features the likes of Christ Bearer, Shogunna and Martial Art and is entirely produced by Anthai. He also shot videos for the songs “Cross the Galaxies” and “Procreate” for it. The West Coast artist took time to answers a few questions from P. The Rebel.

It’s been a while since we’ve heard from you. What have you been up to and what can we expect from this EP?

I am more of a beat producer now, less on the mic. I am focusing on more on beats and providing sounds for MCs around my way and also for other artists across the globe. Last summer 2014 I released my ep “Beats Behind Bars” I collaborated with Timbo King, Lone Ninja, Christ Bearer, Jacewon, Delta 9 MCs, Parallel Crew, Martial Art, Thaifoon, and Nywill. That is a banging project, must check out but now I am promoting my recent release “The Prince” dedicated to my newborn Rza Prince Thai.

Tell us more about the project. Who’s on it? What are some of themes touched on it? Why did you decide to make an EP and not an entire album?

I produced the entire project which features Platto, Christ Bearer, Shogunna, Martial Art, and Prosperus of Delta 9 MCs. It’s more of a positive vibe EP. Beats sounding like nature was calling. I went with a full out positive approach for my son, so one day he will listen and understand what I put together for him during the time he was in his mommy’s belly. A lot of great messages from this project since most of the MCs on here are mature of age and what they are saying can inspire someone who needs guidance, people can’t hate on that. There’s a song called “Time” by Platto, in the song he’s telling us that time waits for no man. He also shared his personal experience on being an upcoming MC who will probably never get his shine on like he deserve and when he turned 28 he felt it was too late. As your age catches up to you, you don’t realize how fast time can fly by. There is another song called “Cross The Galaxies” performed by Shogunna where he talks about the struggles in NYC where he is from (Queens). That song is my first single and the video is out on YouTube. I wanted to release it as an EP because, I wanted to tell people short stories. An album is great but sometimes when you release an EP with the best songs that you felt at the time, it can evolve your creativity and styles of music. I can always drop an album but with today’s music business, an EP can do the same job.

What are you working on right now?

I have many of my own projects already set to release but it’s just a matter of time. I also want to release instrumental albums but that will have to wait until I run out of albums or EPs. I have been working diligently with Shogunna for his solo album fully produced by me. We finished his album in 1 month! I have to admit Shogunna can rap. He has the voice, delivery, word play, and easy to record with because he knocks out his verses in less than 2 takes if any. People should definitely check out for his album dropping soon, reppin from Queens, NYC. I am also producing for a group called Parallel Crew, their album is about to drop soon. Their album is another banger people should check out. Pure Hip-Hop, nothing less! Then you have my next ep or album I have plan to release next winter, featuring Hell Razah, Lone Ninja, Holocaust, Eddie B, Pro The Leader, and more. That album I might not even need to promote, that’s how confident I am with it. Wait for it. So there you have it, those are just a few projects I have been working on. Shoutouts to everyone that are involved in the collabos.

Are you now strickly a solo artist or is 71Raw still in effect?

I am a solo artist, producing more and more trying to keep this Hip-Hop moving. 71Raw is still here but to have another 71Raw album will most likely not going to happen. I tried regrouping and didn’t work out so I gotta move on with the time, but we all still hang out. I want kids to know this, as you get older you evolve whether it’s your mind, people, decisions, or lifestyle. Things will change.

Who still inspires you in the hip hop game and artistically in general?

I get inspired by listening to interviews by KRS One or by the RZA. You get the wisdom from what they have to say about Hip-Hop or even about uplifting each other but I know you are referring to musically. I am inspired musically by Action Bronson, that guy is funny. I need him on my beats. Give me J Cole and I’ll lace him some beats because his new album really impressed me. Joey Bada$$ is on fire right now, I appreciate him for being the newer generation reppin our type of sound. Lastly Drake, dude got word play, if he spits over my raw beats maybe all these clowns would stop hating on a brother. I wanna give a shoutout to all musicians and singers/rappers, it’s music whether it’s commercial or underground it’s still music. I’m a lot mature now, I don’t think the same like when I was 17 years old, that’s child’s play haha. Shoutout to my baby Rza, the Prince! Peace and respect to everyone. 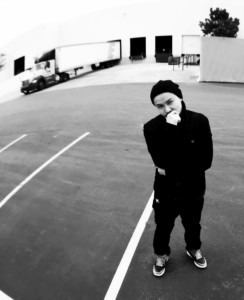 You can buy “The Prince” in the following stores…