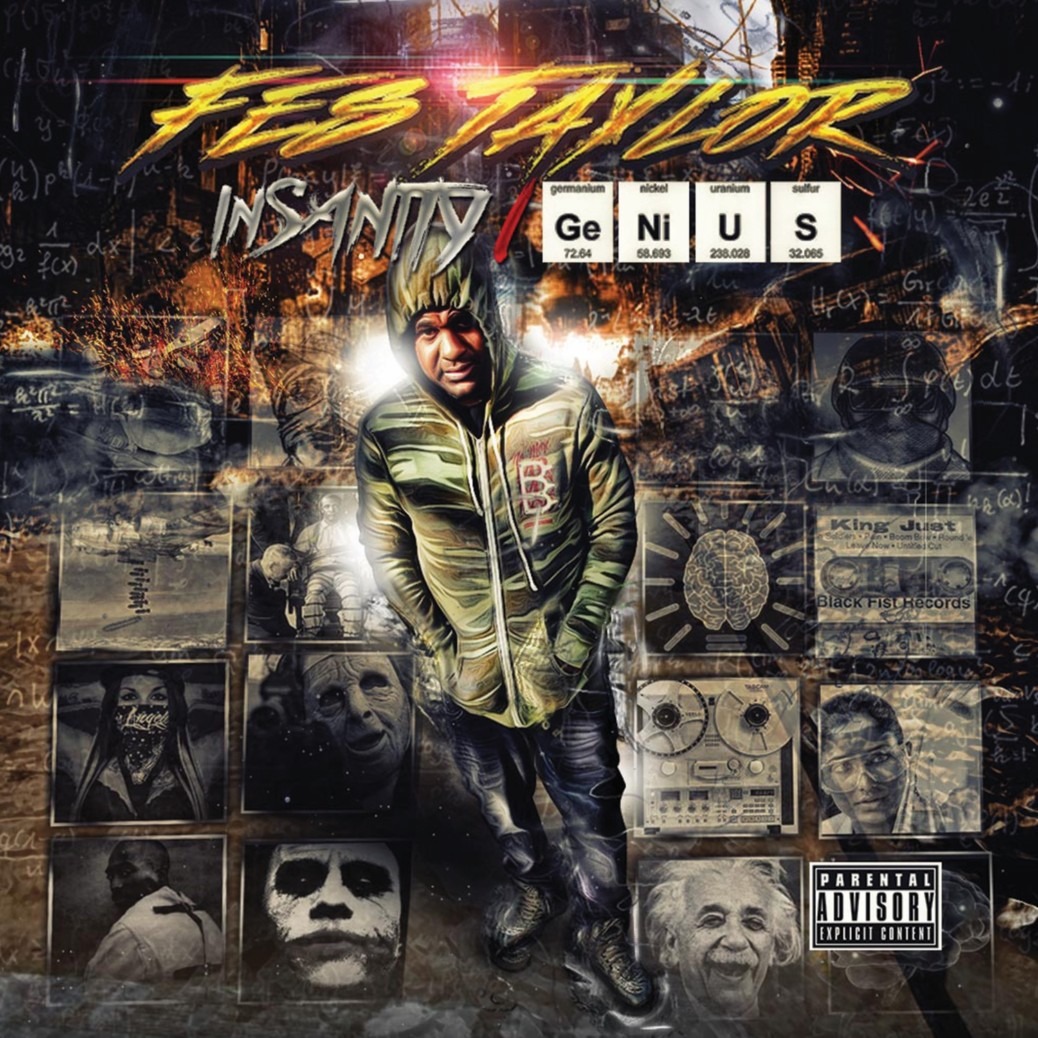 Staten Island NY Hip-Hop artist Fes Taylor has something on his mind. And when its time to air hypocrites out, he has to go it alone, with heart, and not bring anyone else into it. Such is the case with his new solo album Insanity Genius, and there is a fine line between these two poles. Is Fes losing it? Or is he finally coming into his own, and being the artist he was always meant to be? On this outing, Taylor takes a break from his more commercial styles and just digs back into the old school of true emceeing, albeit with a modern day perspective of course. After releasing the single “Talk About It, Part 2” a sudden buzz grew online regarding things he had to say about Wu-Tang members U-God and his former mentor Inspectah Deck, as some bloggers picked up on this, and things have now heated up quickly for Mr. Taylor. All we know is, Fes Taylor is going hard, maybe too hard on Insanity Genius. Production from Jimmy Neutron, East Coast Ave, Falling Down and Blitz Beats.

Now in stores such as: