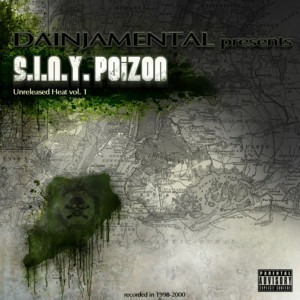 Dainjamental has been going deep inside his vault for the last few years releasing 8 albums all available in the Chambermusik Store. In doing so he also found some never-heard before tracks which he produced for Staten Island emcees under the name Reble Dainja between 1998 and 2000. He decided to compile them into volumes split and give them away for free. So here is the first one titled ‘S.I.N.Y. Poizon – Unreleased Heat vol. 1‘ which features Killarmy, Ruthless Bastards, Shaolin Soldiers, Polite, King Just, Stumik, Fes Taylor and many more (complete tracklist below).

Peep this track from 2000 called “Live From S.I.N.Y.” by the Ruthless Bastards. 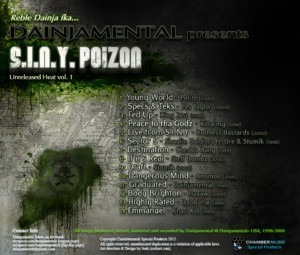