Cappadonna – The Pilgrimage NOW IN STORES!!! 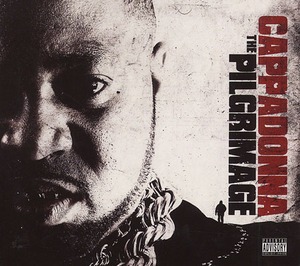 Cappadonna returns with a vengeance with the sound fans have told him they want to hear. On his last album “Slang Prostitution“, Cap showed us why he’s the sacred heart of the Wu-Tang Clan, bringing forth his best effort since his RIAA cerified Gold “The Pillage”. “The Pilgrimage” ups the ante yet again, revisiting his 1990’s flow, updated for the present, as he once again leads us into the future with his innovative lyrical styles with his new moniker “Barack O-Donna”. This is very much a return to the classic Wu sound, not unlike what Raekwon did with his Only Built 4 Cuban Linx II. Featured on this effort are his Wu-Compadres Inspectah Deck and Solomon Childs, as well as dope Staten Island locals Killah Black and Chedda Bang. “The Pilgrimage” is at once a grimy revelation of truth through the eyes of a very seasoned artist, as well as a document of his journey back from a world of pain and treachery, in the never-ending search for spirituality and peace.