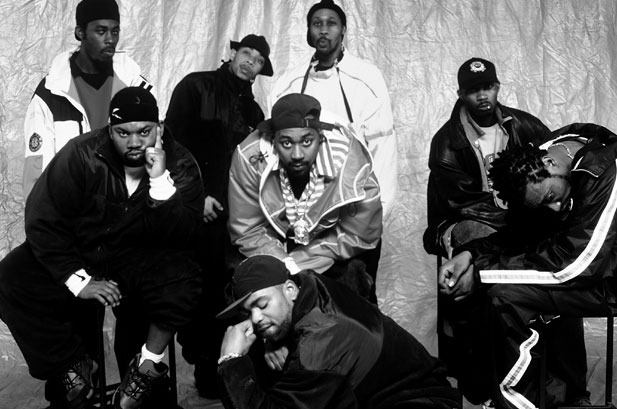 Here’s a classic Wildman Steve & DJ Riz show from ’93 which features a very early appearance of Wu-Tang Clan members Ghostface, Raekwon, Method Man & U-God (54:09) as well as college radio veterans Total Pack which consisted of Ce Style & Kamal B Wise (99:14). WBAU used to come on Monday nights on Long Island’s Adelphi University’s 90.3 frequency. The show aired from 10pm-2am. The show location itself was like a typical night at D&D Studios. Once you were buzzed in and took the elevator to the 3rd floor you would stumble across many aspiring artists. Wildman Steve started on the station in ’87 while DJ Riz joined him in ’91. The show ran it’s course until August 1995 when the frequency was sold to Nassau Community College. Steve’s voice would boom through the speakers with a touch of reverb while DJ Riz destroyed the turntables. He remains to this day one of the nicest DJs to ever do radio. Both Steve and Riz’s contribution to the show and Hip Hop itself still resonates today.