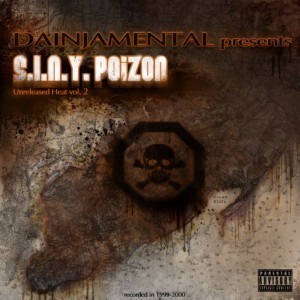 If you thought Dainjamental had already given you all the musik he had stashed over the years, you were wrong. After the succes of the first volume, here’s ‘S.I.N.Y. Poizon – Unreleased Heat vol. 2’ which was recorded between 1999-2000. Entirely produced by the artist formelly known as Reble Dainja this compilation features the likes of Ruthless Bastards, 9th Prince, Dom Pachino, King Just, Fes Taylor, Rubbabandz and many others. Peep this track called “S.L.R.” for quick taste and then download the whole compilation here. Also, be on the lookout for Dainja’s next solo album ‘4 Generations 2 Come’ dropping soon! 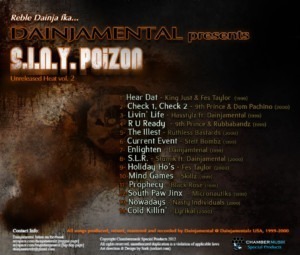