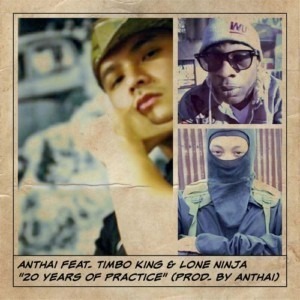 Anthai of 71RAW has that new underground boom bap type of rap. Listen to a snippet of the first single released from his upcoming album “Beats Behind Bars” coming out in 2014. “20 Years of Practice” has guest appearances by Timbo King (Wu-Fam) and Lone Ninja (Twin Perils), cuts by JP The Mayor, beats by Anthai and is available on iTunes.