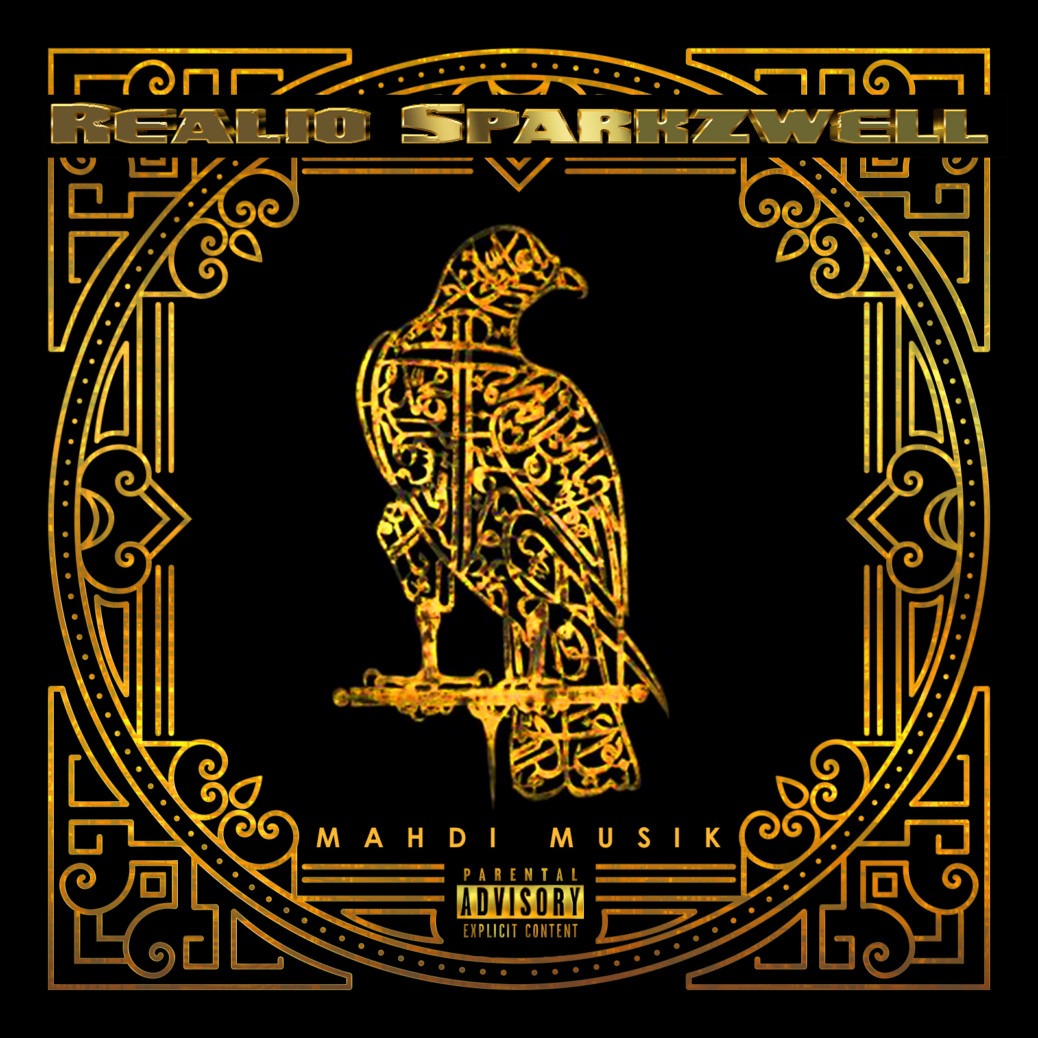 Realio Sparkzwell is the new moniker of the artist formerly known as IRealz/Realz. Known for many prominent guest spots within the underground Hip-Hop genre, as well as being one of the featured lyricists in Cannibal Ox legend Vast Aire’s group Crimson Godz. After a critically acclaimed first release with Thrice Great entitled Blue Lion Chamber (x Falling Down), Realio Sparkzwell follows up quick with a new album, “Mahdi Musik” showing his more conceptual work this time, featuring two guest spots by rap legend C Rayz Walz. Realio Sparkzwell says about Mahdi Musik, ““It’s a splashwork of conceptual art with hidden gems. You see the true Mahdi is a messiah but also a gangster.” Production is handled by Realio himself, as well as Da Chop King and Chris Prythm. G-Clef da Mad Komposa handled all the vocal mixes and mastering, and says “This project is really unique and personal. He went out on a limb both lyrically and musically, and this album should really serve to introduce Realio Sparkzwell for who he is deep down, to his fans.”

3. Stay In Your Lane

5. Politics Of The Game ft. XL

Available in stores everywhere, mainly these: